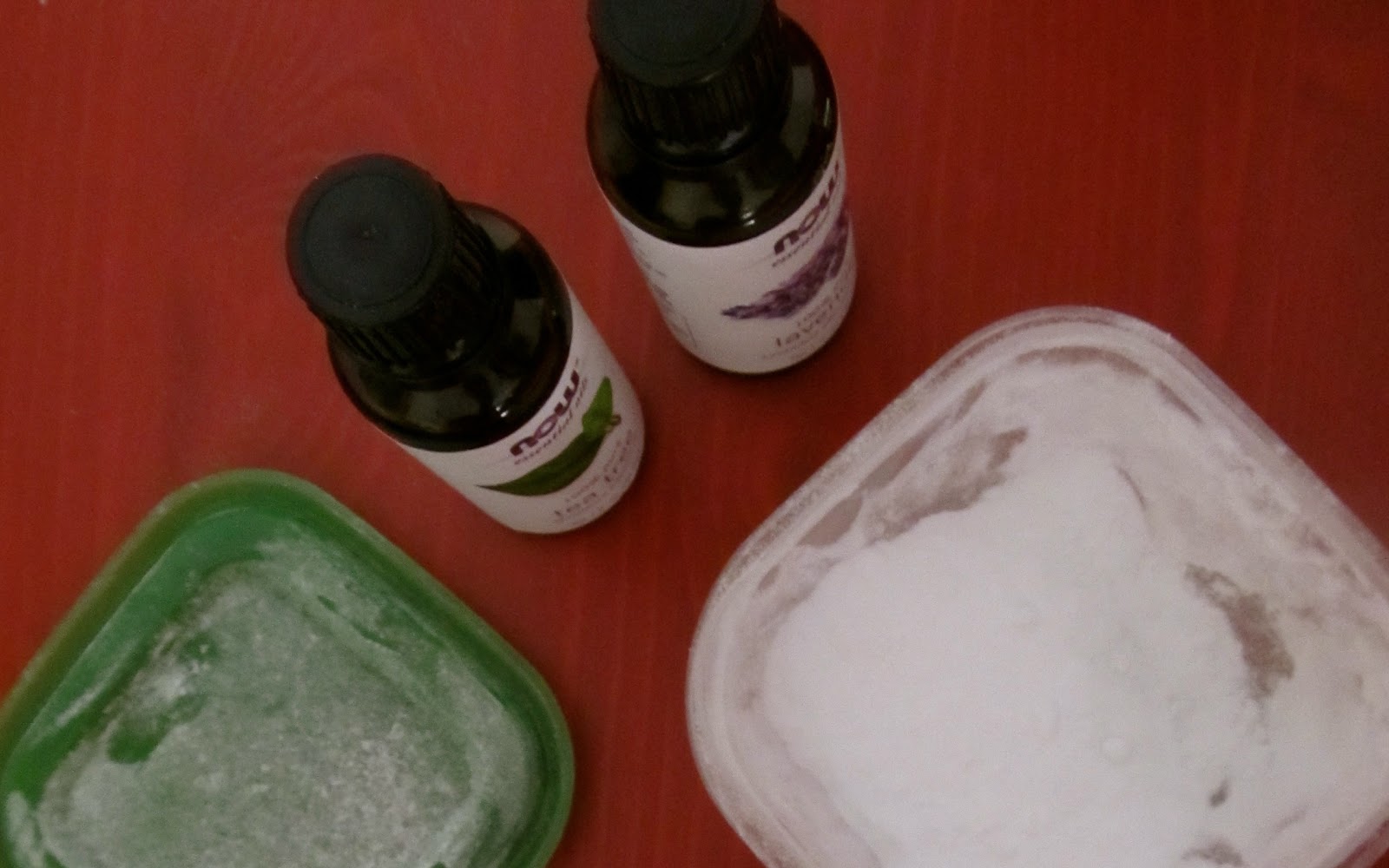 Now that summer has hit with a vengeance, you’re probably wondering if your deodorant is going to hold up to the heat. Chances are if you’re using a natural deodorant, it’s not really going to do the trick in 90-degree weather.

I have tried so many store-bought and homemade deodorant options while trying to stay away from the aluminum and other toxins found in antiperspirants, but let me tell you – there is nothing out there that can stand up to the smell of a real woman like me. Until now.

Let me introduce you to the most effective odor-controlling natural deodorant I have ever used. What is this magic powder, you ask? Most likely, you already have some in your house. That’s right, you’ve guessed it – Baking Soda & Essential Oils. Unbelievable, right?

If you’re like me, you had a frugal friend in college who used baking soda for deodorant. Like me, you probably gave a superior smirk at his strange doings. Well, now you know. That guy knows a thing a two. You should probably look him up; he can give you some financial advice, considering he’s saved thousands over the years on deodorant costs alone. Go and see what other strange and brilliant notions he might have up his neutral-smelling sleeves.

Because they will be. Neutral-smelling, that is. Because this baking soda stuff doesn’t just work on your fridge odors – it neutralizes body odors as well. All. Day. Long. I’m talking 90 degrees without air conditioning, and I still smell nothing.

Put about 1/4 cup of baking soda in a small container and mix in 8 drops of essential oils to your little pot of odor control. I love the combination of lavender and tea tree, so that’s what I use – tea tree oil is anti-bacterial, so it’s another whollop in the face of those odor-causing bacteria, and lavender soothes sensitive skin – and since baking soda is a bit abrasive, you’ll need those few drops of essential oil.

I can feel a bit of tingling after I first put my baking soda/essential oil mixture on in the morning – just enough to know it’s working! The oils don’t leave an all-day scent, they just give you a burst of aromatherapy when you put on the baking soda (along with any other beneficial properties they might contain).

So, what do you think? Is healthy, non-toxic odor control really this easy? What do you use on these blistering summer days?

Accuracy, Types of Rapid antigen tests, and Where to Find Them

No comments to show.