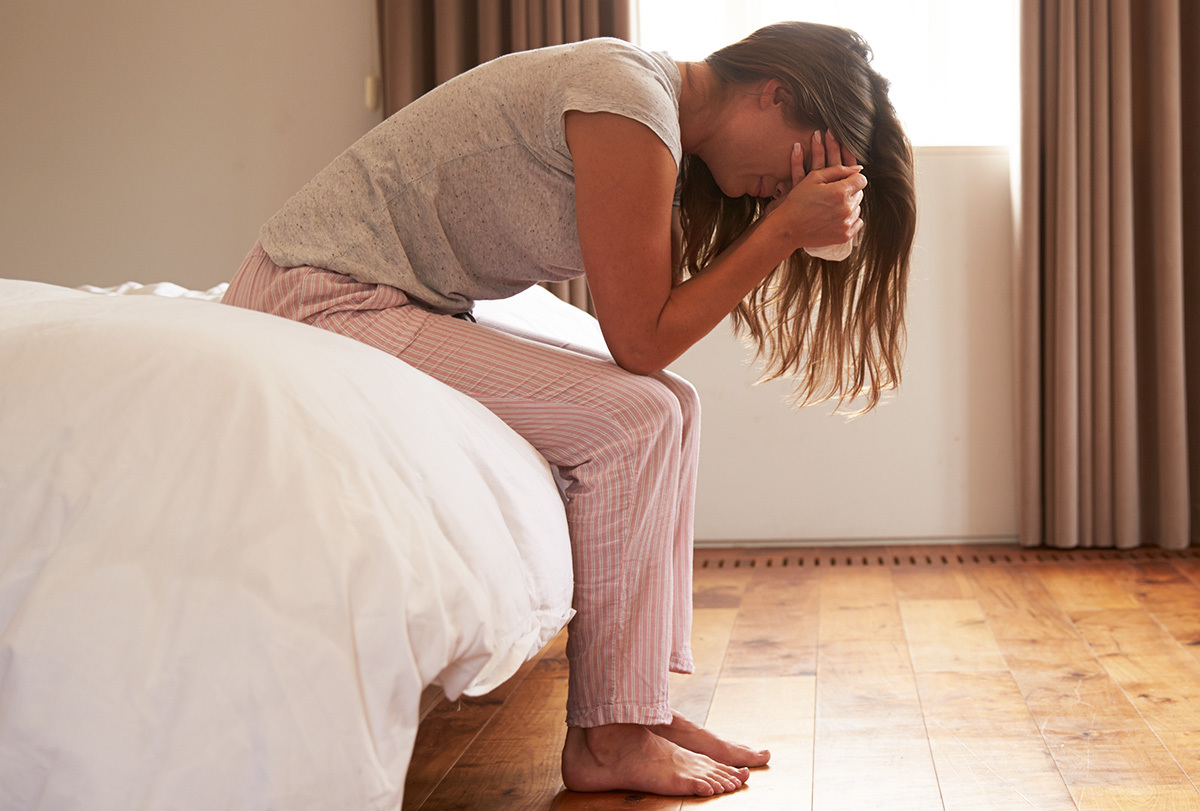 Sleep apnea is a dangerous sleep disorder in which your breathing repeatedly stops and starts while you sleep. Left untreated, it can lead to loud snoring, daytime fatigue, or more serious issues such as heart disease or high blood pressure.

This snoring is distinct from regular, or primary snoring. Primary snoring can be caused by nasal or throat problems, sleep habits (particularly back sleeping), being overweight or older, or using alcohol or other depressants. While primary and sleep apnea-related snoring occurs when the tissues in the back of your throat vibrate, those with sleep apnea are more likely to snore much louder than people who snore regularly and are agitated.

Related: The Ideal Sleep Position for Those Who Suffer from Sleep Apnea

What Are the Types of Sleep Apnea?

There are three major types of sleep apnea, and they include:

This type is the most typical. It occurs when your airways get fully or partially closed during sleep, mainly due to the collapse of soft tissue in the back of your throat. During these episodes, your diaphragm and chest muscles work harder than usual to open your airways. You may begin to breathe loudly or jolt your body. Obstructive Sleep Apnea can disrupt sleep, reduce oxygen flow to your essential organs, and cause irregular heart rhythms.

Central Sleep Apnea obstructs your airway. Instead, your brain fails to signal your muscles to breathe due to problems in your respiratory control center. It has something to do with how your central nervous system works. People with neuromuscular disease, such as amyotrophic lateral sclerosis (ALS or Lou Gehrig’s disease), stroke, heart failure, or other forms of heart, kidney, or lung disease are more likely to have central sleep apnea.

Signs and Symptoms of Sleep Apnea You should watch out for:

The early signs of obstructive sleep apnea are usually not noticeable. Your bed partner, on the other hand, may make you aware of them. The following are the most common signs and symptoms:

People who have central sleep apnea frequently wake up or experience insomnia. However, when they awaken, they may experience choking or gasping. In youngsters, the signs may be less visible. Among the warning indicators are:

Do I Have Sleep Apnea?

Before diagnosing you with sleep apnea, your doctor will want to rule out other possible causes of your symptoms. Several factors contribute to the diagnosis of sleep apnea. Some are;

Your doctor will examine you to search for symptoms of any diseases that may increase your risk of sleep apnea (like obesity, narrowing of the upper airways, large tonsils, or large neck circumference).

They may also examine the size and structure of your jaw, as well as the size and position of your tongue. Further, they will examine your lungs, heart, and neurological systems to identify if you have any common sleep apnea disorders.

Your doctor will examine your signs and symptoms based on the information you provide. They’ll look into your family history for sleep apnea or other sleep disorders, whether you have a risk factor for the illness, and whether you’ve had any complications from undiagnosed sleep apnea (like atrial fibrillation, hard-to-control high blood pressure, or type 2 diabetes).

Your doctor may recommend you to a sleep specialist or a sleep study center. These tests can be completed at a special facility or home.

Blood tests can help to assess your hormone levels and rule out any endocrine abnormalities that may be causing your sleep disorder. A pelvic ultrasound can examine your ovaries and detect cysts, aiding in the diagnosis of a polycystic ovarian syndrome (PCOS). Other tests may be ordered by your doctor to rule out medical diseases that could be causing your sleep apnea.

Untreated sleep apnea can lead to major medical problems such as:

Sudden reductions in blood oxygen levels while sleeping might raise your blood pressure and put your cardiovascular system under strain. Obstructive sleep apnea may also increase your risk of recurrent heart attacks, strokes, or irregular heartbeats.

Sleep apnea might cause you to wake up frequently; thus, making it difficult to obtain enough rest. That can result in daytime tiredness and irritability. Daytime weariness might cause you to fall asleep at work or school, increasing your risk of being involved in a car or workplace accident.

This syndrome (which includes high blood pressure, abnormal cholesterol levels, excessive blood sugar, and a wider waistline) has been linked to an increased risk of heart disease, according to researchers.

Complications of the Liver

People with sleep apnea may have abnormal liver function tests. They are also more prone to scarring in their livers.

Because they are more prone to have breathing problems, people with obstructive sleep apnea may have problems with certain medicines or after major surgery (especially when under anesthesia or lying on their backs).

Am I Susceptible to Sleep Apnea?

This disorder can affect anyone, but some factors make you more vulnerable. These factors include;

The Ideal Sleep Position for Those Who Suffer from Sleep Apnea

The Hidden Harms of Sleep Apnea

The hazard of uncontrolled sleep apnea